The impact of climate change on species ranges and composition of plant communities in temperate, boreal and alpine regions (KlimaVeg)

The ranges of many species are shiftingto higher latitudes and altitudesin response to the climatic warming of recent decades. To study the mechanisms behind those processes we resampled alpine and forest (semi)permanent vegetation plots in Norway and Poland. Along the scientific achievements, the project strengthened an existing Norway-Poland collaborative links between institutional leading partners and created several new working relationships, which endured beyond the lifetime of the project.

The climate change signal was best trackable in the frequency, elevation and composition of speciesat the highest elevations and latitudes, where historical land use did not disturb the nature. At lower elevations and in lowland forests the regeneration of vegetation from the historical land use swamped large part of the effect of climate change, making it difficult to trace. It was also difficult to disentangle influence of climate from the observer effect or effect of natural disturbances. Change in the land use slowed or buffered the affects of climate. Tourism showed no relationship to the species elevational shift but facilitated horizontal spread of some plants in the mountains.

Why was the project needed?
Species ranges track climate in an individualistic manner and many still defy detailed prediction. Better understanding is imperative if biodiversity is to be conserved effectively and the right choices made in the face of future climate change.

What was the objective of the project?
The main aim of the project is to understand how climate changes cause and limit species range shifts and changes in communities. By comparing different areas and habitats we separated the effects of climate changes from other drivers such as land-use changes and investigated how these factors interact. By comparing different species groups (vascular plants, lichens and bryophytes) we investigated the effects of dispersal, competitive ability and phenological dependence on daylight length gradients.

The project outcome
The project improved our understanding of species responses to climate change. Decision makers will have better access to information on predicting (and planning for) how species (for example protected or threatened) are likely to respond to climate change.

The project outputs
The primary outputs are data and analyses of resampled sites. There are many routes of communication of these results which also count as separate outputs, for example: 1) Scientific publications in peer-reviewed journals. 2) Leaflets providing information about KlimaVeg (at the beginning of the project) and its results (in 2017) aimed at the interested layperson. 3) Presentation of talks and posters at international conferences, to disseminate the results within the scientific community.

The target groups
The outputs will be of use to policy makers in both countries who need to make sound
economical decisions about conservation and natural resource management in relation to
climate impacts. The results of KlimaVeg will be relevant for protected areas managers
during preparation of protected areas management plans, especially in mitigation of climate
change impact on biodiversity. Several scientists in the early stages of their careers benefited from networking and training.

Strengthenining of the bilateral relations
KlimaVeg assembled teams from Poland and Norway with complementary expertise in the study of climate-linked vegetation dynamics in forests and alpine habitats. The collaboration layed the foundation for future exploration of the many similar datasets available and equip young researchers with the skills to develop careers in this field. The results of the project were communicated both in scientific papers and directly to managers of national parks and policy makers in the two countries.

The partnership achievements
The project strengthened capacity and increased competence of involved partners via cooperation between the leading scientific institutions in Poland and Norway. It also increased mobility of researchers, allowing them to learn new approaches and exchange experiences. 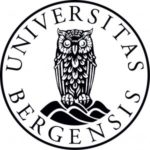